Cloudy week in San Juan, but there has been a much appreciated drop in the temperature.  I remember someone telling me in Los Angeles that 70 degrees was too cold, 80 was too hot, and it was pretty true.  Here you bump that up by 10 degrees and add in a bunch of humidity, but 80/85 is so much more manageable than 90. It’s the difference between being unsure if I’m greasy from having too much moisturizer on, and me going to my co-working space and the receptionist asking me if it’s raining outside (sunny day no clouds) because I’m drenched in sweat.  That really did happen, and I sprinted to the bathroom to paper-towel myself off.

I had a very pleasant week here (very) slowly increasing my productivity.  I’m still brainstorming my creative project for November, but honing in on different writing ideas to tackle.  My girlfriend was complaining to me about how she should be painting/doing more creative things with her free time instead of relaxing, and it was probably mirroring some of my own feelings.  Taking a step back I talked about how we’ve both been doing well financially over the past months, and even though that’s just a means to an end, it does free up future time.

It’s funny when I’m not making money over long periods I eventually drop everything and focus on that, and when money is coming in I take it for granted.  I should just get comfortable with that type of ebb and flow. I read a random tweet about a guy who said that for him work/life balance was working non-stop for 6 months, and taking 6 months off.  When I went to the Salvador Dali museum in St. Pete, Florida I read a quote from him that he did the same thing.  Painted for 6 months, and took 6 months off just exhibiting his work.  I don’t feel like I need to set rules for myself right now, but it’s a nice justification for when I need one.

I’ve been pretty consistent with my comedy studies.  I watch a Judd Apatow lesson on MasterClass, read a comedian interview in a book he wrote called “Sick in the Head”, and maybe most importantly I’ve started posting jokes on Twitter.  I’m trying to go for one per day during the weekdays, and to suck it up and post them (even though later in the day I start to second guess them).

It’s surprising how hard it is to write jokes on Twitter!  In the cloudy haze of my head I think I have hours worth of material, but when it comes to writing down a concrete joke in 80 characters or whatever the limit is, it is tough.  It’s different than a funny story with a friend where I can drag it out and deliver a funny surprise at the end.  I have virtually no Twitter followers though, so it feels safe to post whatever I can come up with as about 3 people I know might actually come across it.  It’s like blogging though in that sense… even having that minimal audience (Jeff, Ian, and my girlfriend if I bother to tell her) plus the possibility of random strangers makes it more real than keeping jokes unpublished in a document.

On Sunday I went on a hike with our local hiking group here.  It was a very difficult hike, testing my endurance and life survival skills.  I knew when one of the moderators of the group casually said that it was a difficult hike that it might be code for “try not to die”, and was correct.  It was a 2.5 hour trek each way through a closed path in the national rainforest of El Yunque.  I got abused by mosquitos, thorn bushes, fire ants, and various rainforest versions of poison ivy.  I avoided the many hidden holes on the trek (a guy missed one and scratched his leg badly up to his knee in it) and didn’t fall down the slippery rocks as we climbed past a few waterfalls.

It was beautiful country though, and one of those hikes that you’re very glad you did, even if you wouldn’t do it again for a long time.  There’s something to putting yourself in potential physical harm via nature (big waves, scary hikes, etc.) and coming out ok that is invigorating.  I guess it beats doing the same thing via drinking and drugs.

With that I’m going to post a few pics from the hike in the rainforest.  Have a great week! 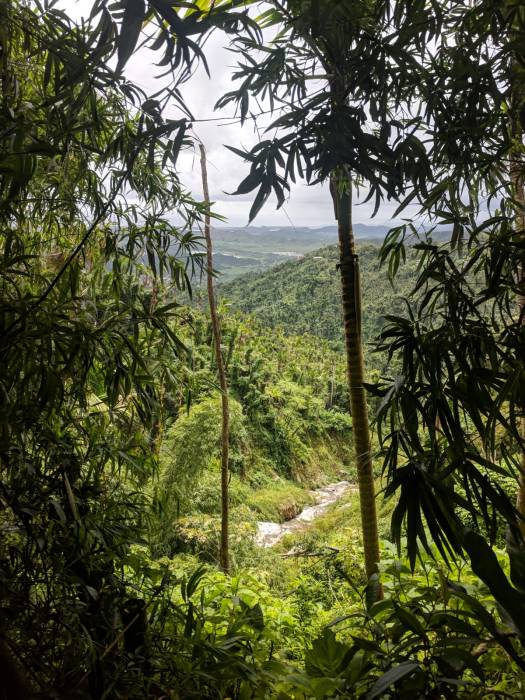 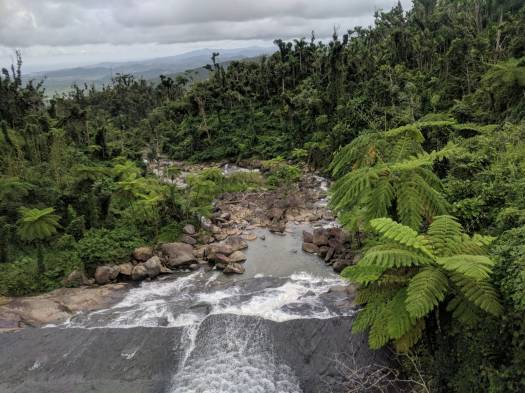 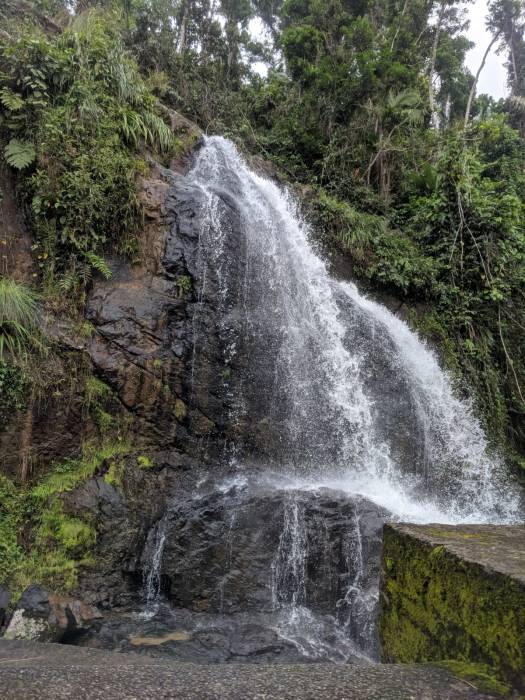 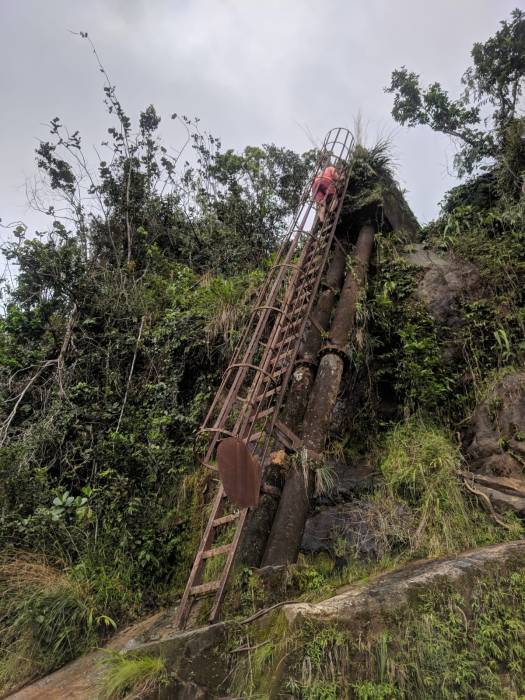