One of my favorite bloggers/essayists is Paul Graham, founder of Y Combinator (a startup incubator that funded Dropbox, Airbnb, etc.).  A lot of the posts are about startups and programming, but some are just about life in general, and the latter are my personal favorites.  One that I really liked from 11 years ago is “Cities and Ambition”.

I can’t do the blog post justice and would recommend reading it, but it’s basically about how the city you live in influences you.  He goes on to list several places he has lived in, and what is regarded as the most important thing there.  New York is money, Cambridge (MA) is knowledge, LA is fame, etc.  If you’re in New York and everyone is obsessed with wanting more money, even if you were happy with your artist lifestyle, eventually money culture is going to eat its’ way into your life.  This is probably even more true now with how much rent has increased in the past decade.

We have some overlap (Silicon Valley, LA, and NYC) but re-reading it got me thinking about the updated version of my personal cities list.  Some of us don’t really have a choice (pretty hard to work in film/television without living in LA), but companies and industries are increasingly becoming spread out across the world.  I’ve semi-permanently moved several times on a whim; the idea that I would love the beautiful weather and people in LA, the tech culture in Silicon Valley, and the various random reasons I used for my nomadic destinations.  I don’t think it matters much when picking a 3-month nomad city, and in fact it often helps to jump on the first idea that excites you so you don’t become paralyzed with options, but where you live indefinitely matters.

After graduating from college in Michigan I had a job lined up in finance in Chicago.  It was a fair amount of years ago, and yes there are pockets and groups of people that are completely different, but if you aren’t into sports and drinking you’re going to feel out of place in Chicago.  Bulls, Bears, Blackhawks, Cubs, Sox, Kentucky Derby, college football/basketball, golf… it never ended.  Even after the Chicago teams were eliminated the bars were still packed to see the season through.  Michigan as a state doesn’t have a ton going on, and having season football/basketball tickets in college I was into sports, but it was on a different level in Chicago.  When I moved from Chicago to LA I remember my sports awareness falling off a cliff as no one cared anymore.  In Chicago it’s ok to be a frat boy/sorority girl for life, perhaps celebrated.  I regularly met people who were in their 40s still hanging out and acting the same with their same circle of college bros.  If you like this it’s a really fun and inviting place to be, but even though college was a bright spot in my memory for me, I never wanted to stay frozen in that period of time.

The message of Los Angeles is that the most important thing is fame (I don’t think this changed from his original post), or to be connected to it.  Paul mentions that there might some combination of looks and money too, but watch people’s eyes in a restaurant the moment a broke and overweight former A-list actor walks in.  Money is drooled over, like in most places in the world, but if you polled LA from Santa Monica to Silver Lake whose life they wanted and the choices were:

2) An actor who got cast on a new show that although likely to fail, was green-lit for 1 full season on HBO

It would be a landslide towards the actor.  LA is a haven for rich people all over the world (there aren’t many legal ways for a new arrival to make money in LA, so a large percentage move there with it acquired from somewhere else), so having money isn’t as unique as current fame.

The plus side of this is that if you want to be an influencer, actor, musician, comedian, writer, or any type of artist in general, you are surrounded by people who have the same belief that they are just one break from becoming huge.  You can grind away for a decade with no luck trying to make it in acting, and it’s congratulated, as long as you don’t quit.  I really like that aspect of LA, but the rising costs and reduction in the local economy is making this more difficult to do.

Boulder, Colorado strongly signaled to me that the most important thing is your activity outdoors.  The quantity of hours you hike/marathon train/rock climb/kayak/ski and your abilities in those endeavors is more interesting and impressive than your work/education/money.

Silicon Valley I think has changed a bit since Paul posted the essay 11 years ago.  He states that power and changing the world were the most important things in Silicon Valley.  This was accomplished by starting your own company typically.  This is definitely still huge, but a decade of tech boom that saw the major players become more major (Facebook, Netflix, Google, Apple), rent/housing increases mirroring the stock increases of these companies, and compensation (mostly due to stock grants) at the big companies actually outpace the expected value of a buy-out at a startup, the important message is different.  The main coveted thing is having a job at one of the top tier tech companies.  When you meet people who work at a growing startup it is accompanied by a shrug, but when they are a developer at Facebook, there is often a smirk of pride.  Rightfully so, as the bar to get a position at these companies is extremely high, and a non-trivial portion of their brain must be reserved to solve algorithm and math brain teasers for the sole purpose of interviewing again.

Having an engineering job at Google signals that you are very smart (probably graduated from a top university or could if you wanted), have career options (other companies want you and you have a good chance of passing their interview), and make a lot of money.  I imagine 10 years ago if your choice was working at Oracle and making $60,000 a year salary, or starting up a company that could turn you into a millionaire and change the world, it made a lot of sense.  The reaction you would get from leaving a FANG company now pursuing a startup, with a $3,000 per month one bedroom in Mountain View, would probably not be as encouraging.  One of the upsides of Silicon Valley though (and there are others like great weather and nature) is that being a geek and enjoying tech is celebrated.  The level of education is as high as anywhere I’ve been to in the world, and often from Stanford, MIT, etc.  If you can get a job at a major tech company that can support the cost of living as well as the local prestige, it can be very satisfying.

My current city, San Juan, Puerto Rico strongly values celebration and overall life enjoyment.  Christmas decorating and holiday parties started the day after Halloween, and lasted until the third week of January!  Every weekend there is a reason to dance, eat, and have fun with your family and friends.  I often get asked by locals if I’m getting to the beach/mountains/rainforest on a regular basis, as it makes them happy if I’m enjoying the natural beauty of the island.

A few more cities abbreviated: Stockholm (living in the right neighborhoods, the right and extensive summer vacations, but trying to pull it off without bragging), the south of New Zealand (the quality and quantity of your hiking), Bangkok (being happy).

This post wasn’t written with nearly the same care or proper editing as Paul Graham’s was, and even if you strongly disagree with any of my assessments, hopefully it got you thinking about what you find important for the city you want to live in. 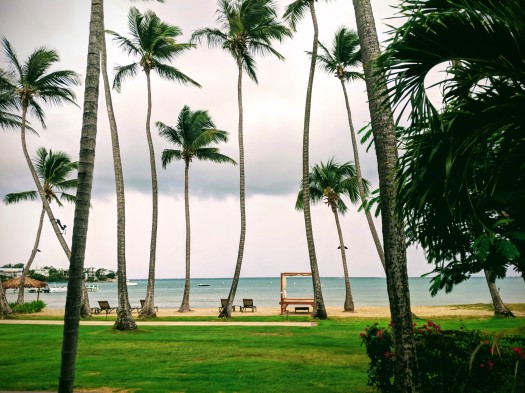