As much as I talk about staying put and being content here in my little bubble of paradise, I end up booking trips eventually.  I’ve had a great period of productivity (although it was a randomly crappy month of trading results, but I have a new algorithm running now that is very promising) recently, but now I’m in a period of weaning off.  I’m back to studying machine learning and brainstorming for the future, and letting the current automated algorithms prove their worth. That, combined with my girlfriend taking off for a month + to see her family in Europe, spurred me to book a trip to see my friend Ari in Colombia, and to start to learn Spanish for real.

I went back and forth about leaving, as I’m in such a pleasant and stable routine of gym/work/eat meat/chill, but I feel like a change of surroundings for a month could be good.  I’m fine being solo, especially when I have a lot of work, but I’m at risk of being a hermit lately. I’ve also thought about learning Spanish now for two years, due to the mildly important fact that I live on a Spanish speaking island, but I’ve maintained my gringoness.  I don’t do any business in Spanish, and can conduct all of my normal life affairs in “good enough” Spanish (coffee, groceries, etc), so it’s been hard to prioritize learning the language. It sounds like it would be trivially easy to learn when you live in a Spanish speaking place, and if it was you, you’d obviously be fluent in 3-6 months, but the vast majority of people I know who’ve moved here without knowing Spanish, even living here for 6 years+, basically have something like my few dozen word vocab.  If you live in San Juan, Rincon, or Vieques (where most ex-pat people move to), it’s a luxury to be able to speak the language, but not a necessity. To start I’d like to at least acquire a five-year-old child vocabulary, and that’s the plan for the next month in Colombia.

My friend Ari already blazed the trail and went to the different Spanish schools in Medellin, and is helping me pick one.  They have group classes Mon-Fri 9 am-1pm, so hopefully with learning Spanish as a part-time job I can build a basic base that I can use to pretend that I speak Spanish on occasion.

Other than learning Spanish, I plan to import the rest of my life to Colombia.  Workout, eat quality meats and seafood, work on my trading, and then adding in hanging-out with Ari and his Colombian circle of friends.

Health-wise I’m finally starting to do the Carnivore diet, for real.  I’ve chained a few days in the past, but then went several days of cheats that messed everything up.  Right now I’m something like 90% Carnivore, depending on how you quantify it.  I stopped drinking almond-milk lattes, but I drink plain matcha green tea — a lot of it.  It doesn’t seem to upset my stomach, and I need the caffeine to power through my studies, gym, and work. I also had over the course of the week some sauerkraut and pickles.  I really craved the pickle-juice and sauerkraut liquid for some reason.  I salt most food I eat, but perhaps it’s not enough, and I need more sodium/electrolytes.  I’m not scared of eating vegetables, but I’m not intentionally seeking them out either.  I did have a cheat binge during the Superbowl, but the cravings were satisfied, and I only woke up with an extra .4 lbs this morning.

It’s crazy how quickly I drop weight when I’m eating right.  I think I lost around 6 lbs over the week, I feel better than normal mentally, and am doing better at the gym.  I don’t have some mystical target weight, but I’m at 183 lbs right now, and I want to break back down below 180 at the very least.  I’ve lost the easy water weight now though, so it’s definitely tougher.  I hope to crack that 180 lb barrier at some point this month.  It’s been a long time since I’ve been sub 180 — probably a scary amount of years if I actually could remember.

I also started this week upping my gym training from 3 to now 4 days.  I was doing a full-body workout Mon-Wed-Friday, but I decided to split it into lower and upper body, and do each group twice per week.  I’d been thinking about it for a while, but it hit me hard after my friend Jeff was so surprised I only go three times per week.  Even though theoretically I’m doing about the same amount of work (I was working out longer as I was training my whole body), I know it will help just to get my heart going and moving that extra day.

Other than that, I’m building and learning how to use a grill, which is more exciting than I anticipated.  I baked a grass-fed brisket in our oven for 7 hours last week, but I want to learn how to smoke meats for long periods on a grill.  I would have never guessed in my youth how much more enjoyable making a nutritious and tasty meal would be vs. getting served something tasty, but not as good for you.  If there’s something I’ll blow money on this year, it’s going to be more advanced cooking equipment and high quality meats.

With that, I’m getting back to my studies.  Have a great week! 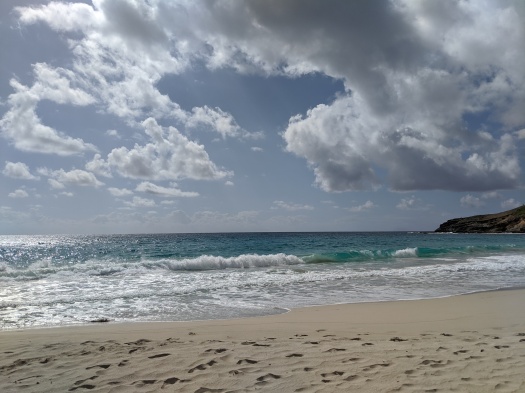