It’s been a busy week for me here in PR. We have a guest who leaves tomorrow, and the crypto markets have been going wild. Trying to entertain and not get sucked into the drama of the markets has been tough. Some of my normal routines and good habits fell by the wayside, but I’m starting to get back on it today.

One good thing about actively working in the financial markets is that it gives you opportunities to work on mindfulness during difficult scenarios. When I started out in trading a long time ago my solution to the stresses of the job was to detach myself emotionally from everything. I was also into Stoic philosophy (which I still enjoy), so it felt like the right fix. It took a fair amount of years of not trading for natural human emotion to come back.  I shed a few tears the day that I thought the trading company that I started was going to go under, bankrupting me, but more sadly having to layoff my friends. Luckily I was able to get essentially a guarantor on my account and ended up turning everything around. I was pretty shocked that not only was I crying that day, but also the fact that I was able to cry.  It was several years later when I could watch a sad film and actually get into it emotionally. I always liked the idea of being a steely cool James Bond-like guy in control of my emotions, but I’m happier now being able to experience the spectrum of human life.

Now that I don’t have a part of my brain shut off, I have to use other methods to handle the stresses of trading. I’ve been fairly consistent with my meditation over the past year, and some of the benefits of it are seeping through slowly. Trading can be stressful not only when it’s going bad, but also when it’s going well. The two spectrums, fear and greed, aren’t really that different. When I’m feeling greedy and refreshing my profits it’s very common for me to flip to extreme fear as they disappear and I imagine the worst. Going strongly towards fear or greed creates anxiety, and it’s hard to avoid when things get volatile. From the meditation world I get a chance to practice “equanimity”: not judging something as good or bad, and accepting whatever happens. I forgot for a few days while I was riding a wave of anxiety-inducing greed, but when I stopped to wonder why I felt stressed out (after starting the month off decently) it hit me that I was mindlessly getting excited about getting momentarily lucky, not unlike a gambling addict. Today I spent some time just noticing the feelings I had around trading, and worked on not associating my happiness with my moment to moment profit and loss. It seems to have helped, and I’m happy that there is something productive coming from the hours I’ve spent meditating.

Outside of looking at crypto prices and loving/hating myself with every change in price I had a pretty ok week. I finished a book about being an “Influencer” to help my girlfriend, but it left me feeling a bit hollow so I won’t recommend it. It blows my mind how that is not a fad, but still a major growth field. As an amateur Economist I do like to try and have an idea of what’s going on in the world, and it’s interesting that marketing is going from celebrities to what I guess are micro-celebrities.

On a good note, I’ve been watching “The OA” Season 2. I liked the first season even though/especially because it was weird. I don’t recommend it a lot though for some reason. I’m halfway into the new season 2, and for me it’s on a completely different level. The plot, acting, weirdness, and set design have a very high level of craft. The budget clearly increased, and it brings that enjoyable combo of entertainment while also making you think. Unfortunately, it won’t make sense unless you saw the first season, but it’s becoming a real treat to get to watch an episode.

On the productivity front this post made me spend some money, and the free apps like momentum (getting rid of my most frequently clicked links when I open a tab and replacing with a pretty picture) have already been huge. I also enjoy upgrading and improving the little things especially, and it seems like this guy has done his homework.
https://www.theforcingfunction.com/blog/top-resources-2019?utm_source=Rad&utm_campaign=14c59ad5da-RR172_COPY_01&utm_medium=email&utm_term=0_bcb3ed60c4-14c59ad5da-175711937
That’s it for this week. Hopefully back to me doing the regular boring productive stuff that makes me feel good in life.  I couldn’t get this pic to load last week, but this Jeff and I (I’m on the left) in Montreal.  I was missing that 66-degree weather when roasting at the gym today. 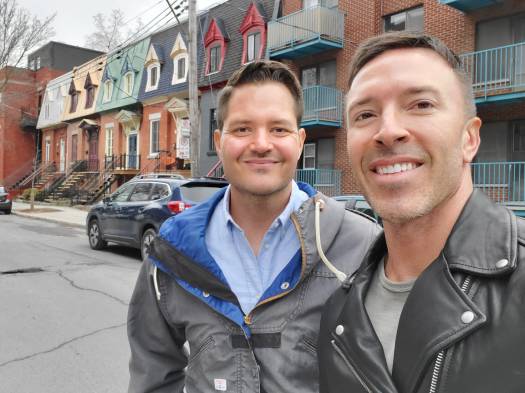